Skip to main content
Home About Gowan Our History

In 1958, armed with an entomology degree from UC Davis, Jon Jessen moved to Yuma, AZ. It was there that he met and married his wife Liney, a school teacher who was the youngest daughter of a farmer who cleared their family farm around 1915. Liney taught school, made their home, and raised their four children while helping Jon as he tirelessly worked to establish a new business scouting cotton, alfalfa, grass seed and vegetable crops for pests. He called his new business Growers Scientific Services. Still headquartered in Yuma, AZ, Jon’s enterprise became Gowan Company. With his daughter Juli now at the helm as CEO, Gowan has grown into a global agricultural input business with over 20 entities in 11 countries selling critical crop protection solutions to growers across the globe. 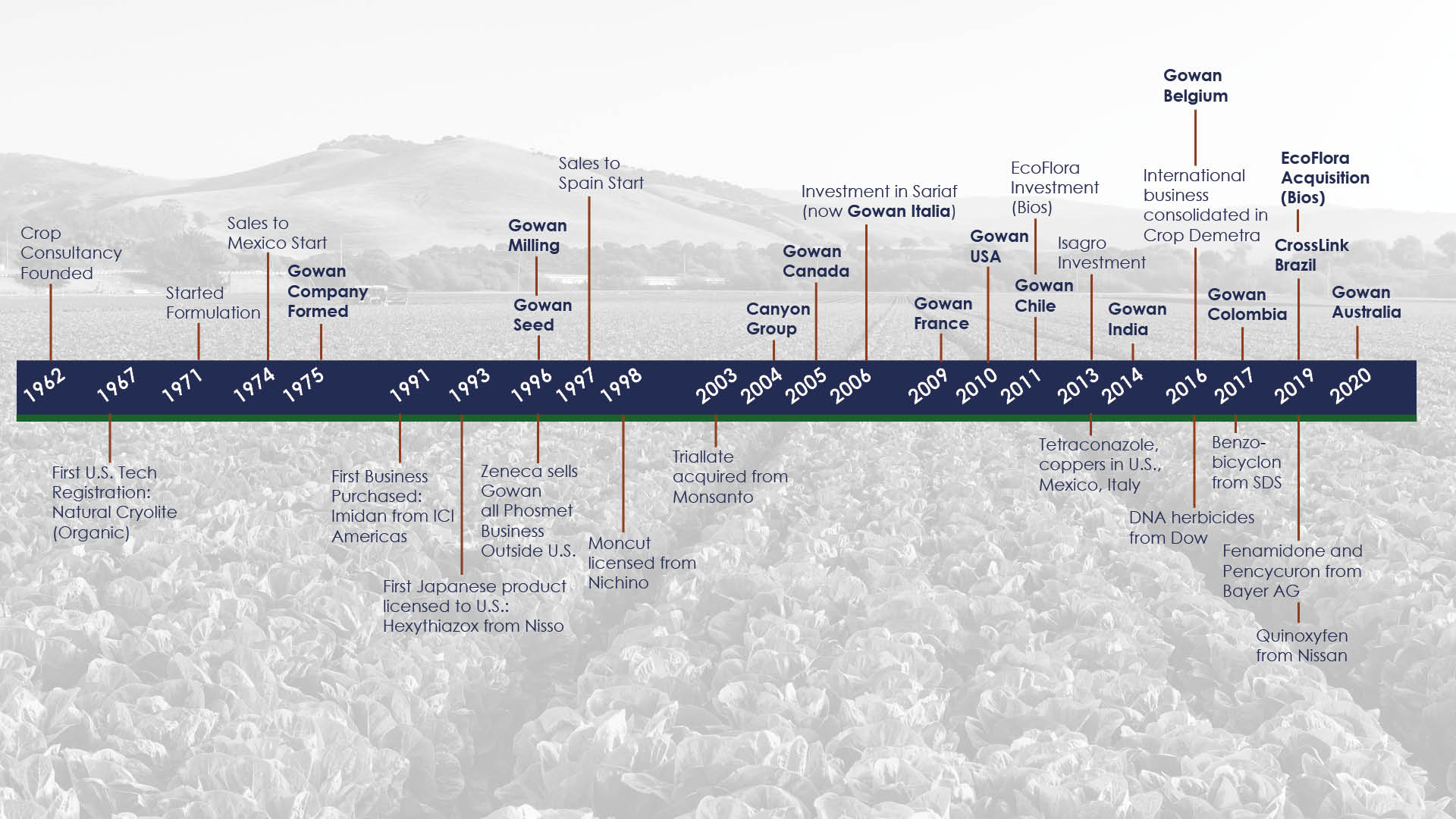 Below are just a few milestones that have led Gowan to the unique company it is today: